“This is an example of a” SENSATE “page. Unlike posts, pages are better suited for more timeless content that you want to be easily accessible, like your About or Contact information. Click the Edit link to make changes to this page or add another page.” *)

What you just read, set in quotation marks, is the applied BLANK THEOREM by the makers of WordPress. In the book Not Sane, Not Sound it is more fun to read about a Blank Page when the author creates in the chapter ZENO the term Reductio ad Absurdum to make things easy to understand. 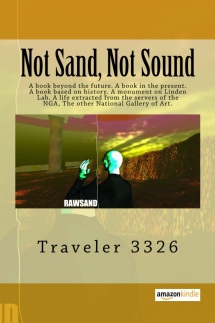 When you are inside the simulator that’s when the Zeno theorem goes to you. “I was already there,” and you can say to me, “You will never get it.” That’s what the contact unit is for, but I am a bit too fast now. You might not understand the depth of my thoughts, but you understand a picture that works towards my mind. Give it another try. I know you might not be familiar with using methods for reducing things or thoughts to the absurd. Mankind has lost so many abilities on its way to industrialization that only we, the NGA, Department C, are able to “create insight and understanding from the tsunami of data.” Let me slowly work things out. I know you are at the beach and you don’t need a headache right now.

First the simple version as told by Aesop, the famous Greek fabulist and storyteller living about 600 BC:

“The story concerns a Hare who ridicules a slow-moving Tortoise. Tired of the Hare’s boastful behaviour, the Tortoise challenges him to a race. The hare soon leaves the tortoise behind and, confident of winning, takes a nap midway through the race. When the Hare awakes however, he finds that his competitor, crawling slowly but steadily, has arrived before him.” (Wikipedia)

Now the advanced one by showing Zeno’s arguments as one of the first examples in mankind for creating a method of proof called reductio ad absurdum.

Zeno and Parmenides visited Athens. We write the year 500 BC. You may know that Athens at this time represented MIT, Harvard, Caltech, UCI, STAR, Berkeley and Stanford all in one. Some called them “The Oracle” true? Where does this name for the combined think tank come from? Yes, from the Oracle of Delphi. And there it was said, “Motion is an illusion.”

That is the Zeno’s Paradox. You are speechless. All the pages in Not Sane and Sound that you have managed to read thus far, all the hours spent diving deep into philosophy, dozens of sessions in afterlife regressions, and dancing naked in the rain under the full moon and now this? Have I not promised to bring you to the depths?

That’s NGA for you. We stand above them all, our logic is alternate. We fix alternative facts and engrave them in files of history. We create meaning from the tsunami of data …

You can spare the long form of Achilles and the Tortoise recounted by Aristotle as “… a race, the quickest runner can never overtake the slowest, since the pursuer must first reach the point whence the pursued started, so that the slower must always hold a lead.”

We can wait until you are ready to give your data. Digitalization happens, no matter if you are a Hare or a Tortoise.

You think my chip, the one the bunny gave me, implanted in my hand, accidentally switched to Not Sane and Sound? Let me see. No, the NOR gate is still on Sane and Sound. And so it is time for math, time to give word to one of the genius thinkers of all time; it is time for Bertrand Russell (1996):

“In this capricious world nothing is more capricious than posthumous fame. One of the most notable victims of posterity’s lack of judgement is the Eleatic Zeno. Having invented four arguments all immeasurably subtle and profound, the grossness of subsequent philosophers pronounced him to be a mere ingenious juggler, and his arguments to be one and all sophisms. After two thousand years of continual refutation, these sophisms were reinstated, and made the foundation of a mathematical renaissance…”

Motion is an illusion.

[ ZENO is chapter No. 10. Enjoy the flow of words even if you may not understand all the side links to the 9 chapters that you managed until reaching ZENO ]